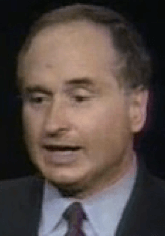 Fox Butterfield served as Times bureau chief in Saigon, Tokyo, Hong Kong, Beijing, and Boston and as a correspondent in Washington and New York City. During that time, he was awarded the Pulitzer Prize as a member of The New York Times team that published the Pentagon Papers, the Pentagon’s secret history of the Vietnam War, in 1971. He also published China: Alive in the Bitter Sea in 1982 and won a National Book Award for Nonfiction a year after.